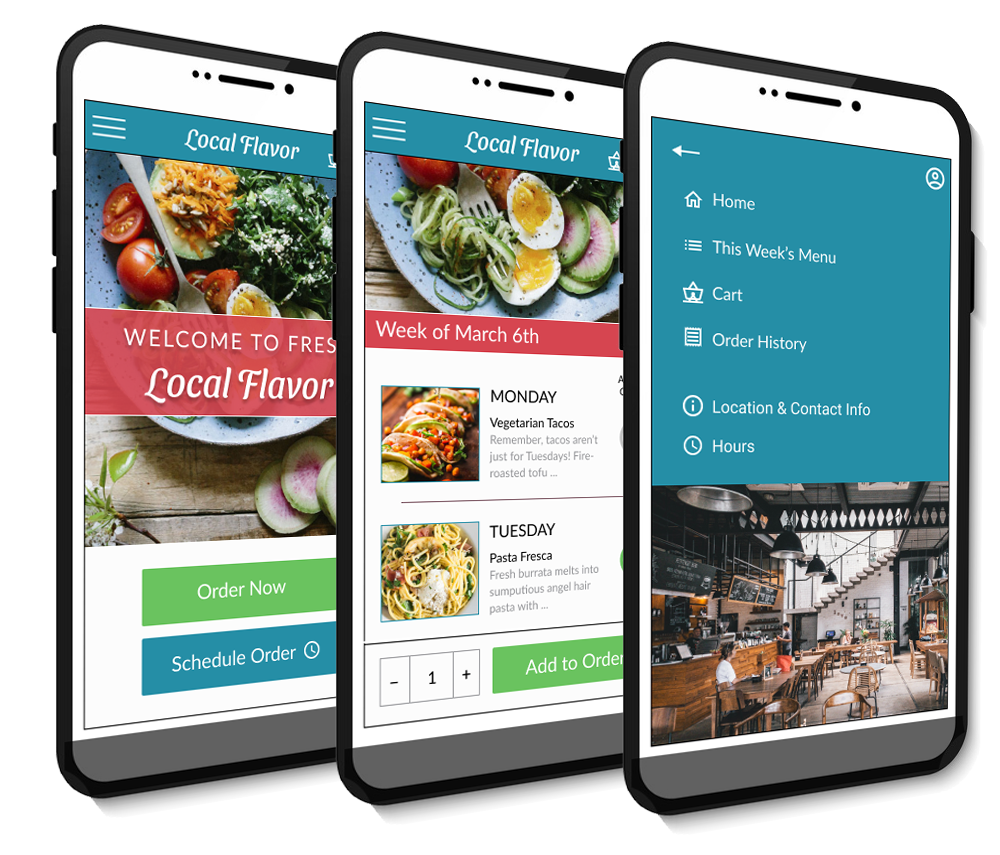 Busy adults and families face a nightly dinner problem of meal planning and prep. They often find themselves crunched for time and out of ideas while navigating after-school activities or late commute times.

Design an app for a local restaurant to solve the nightly dinner problem via advance scheduling.

I conducted user interviews and built empathy maps to understand the target users for this app. The target users are working adults/parents who lack the time to plan and cook meals each night.

Tests confirmed the assumption that busy adults/parents find it hard to plan and cook meals every night of the week. Research also revealed that users would appreciate being able to schedule meals at certain times on certain days at the beginning of the week, and would also like a way to easily reorder favorites, especially for children.

Problem statement: Becky is a busy mom who needs a fast way to order interesting dinners because it’s hard to find choices for good delivery in their area. 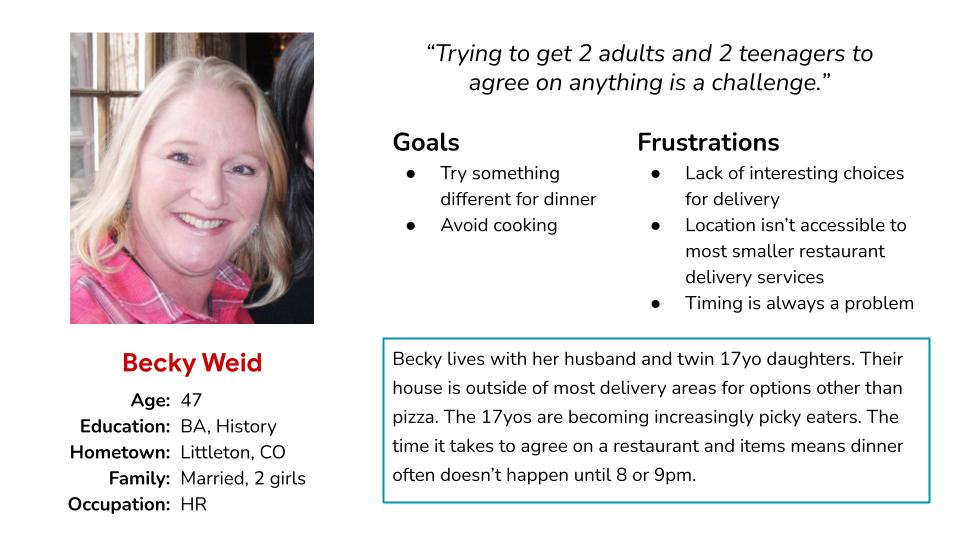 For the home screen, I wanted a large, appealing hero image of a meal to engage the senses and limited options to make ordering and scheduling the most prominent actions for the user. 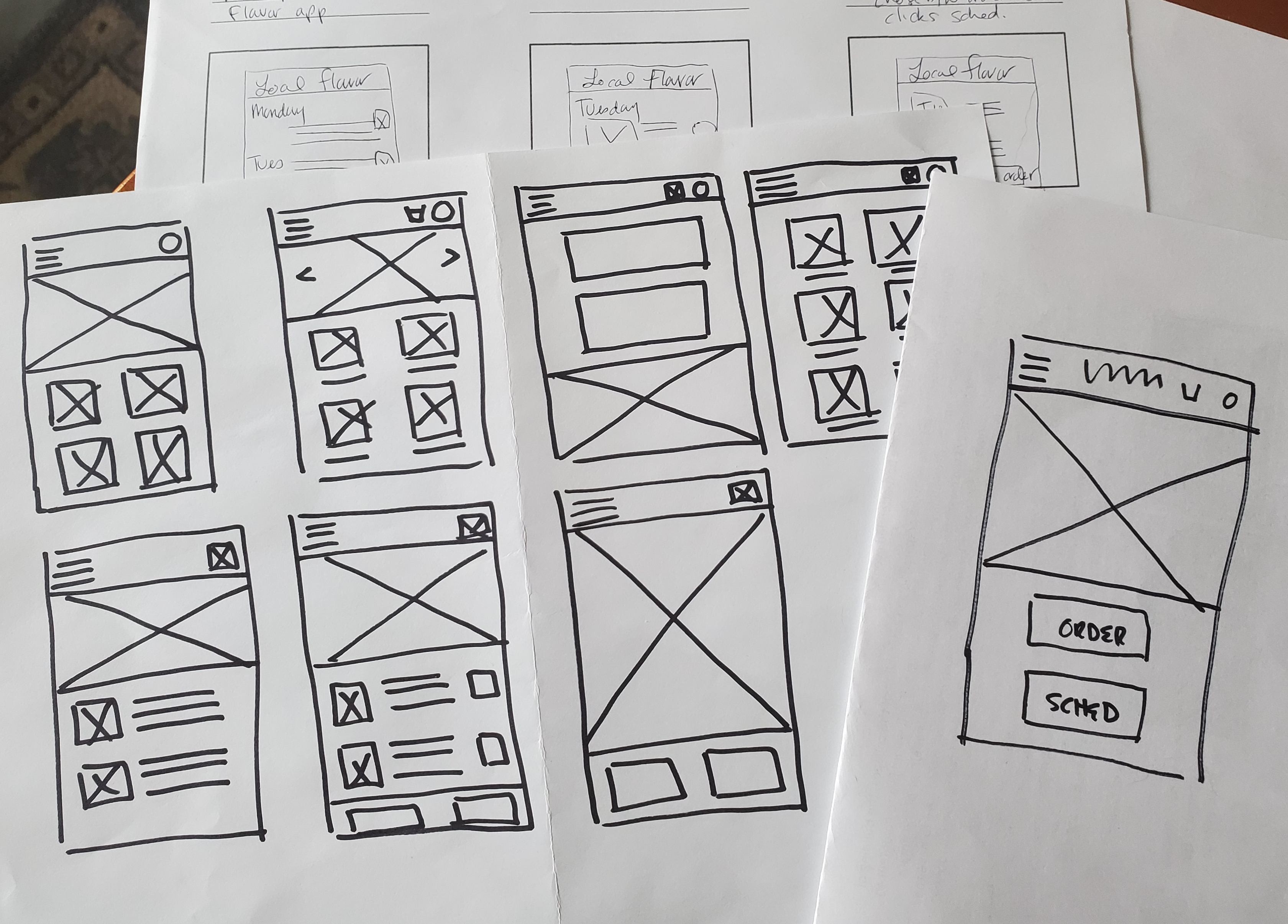 In the initial design phase, I was focused on ease-of-use and discoverability of the scheduling feature, since it is non-standard. 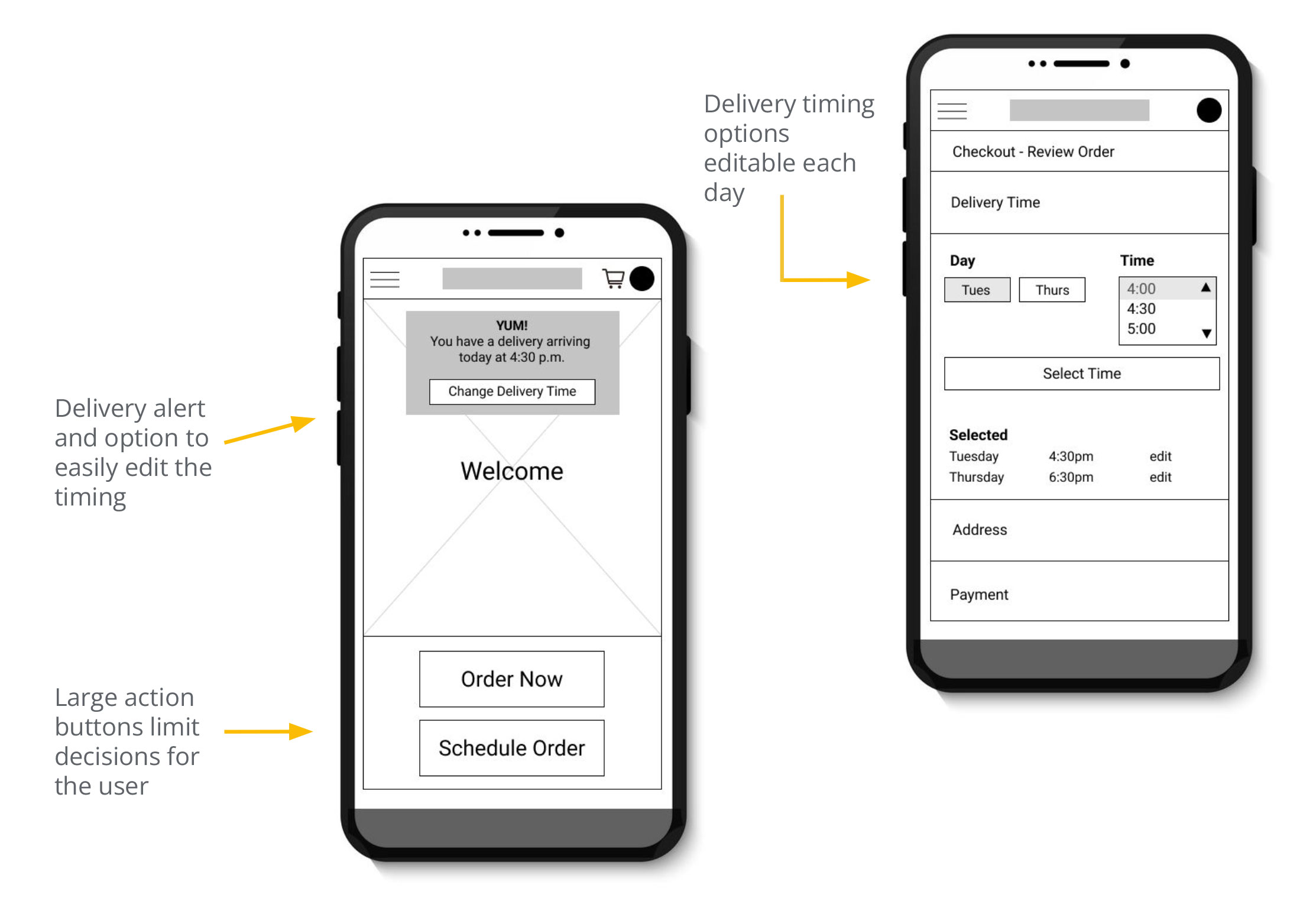 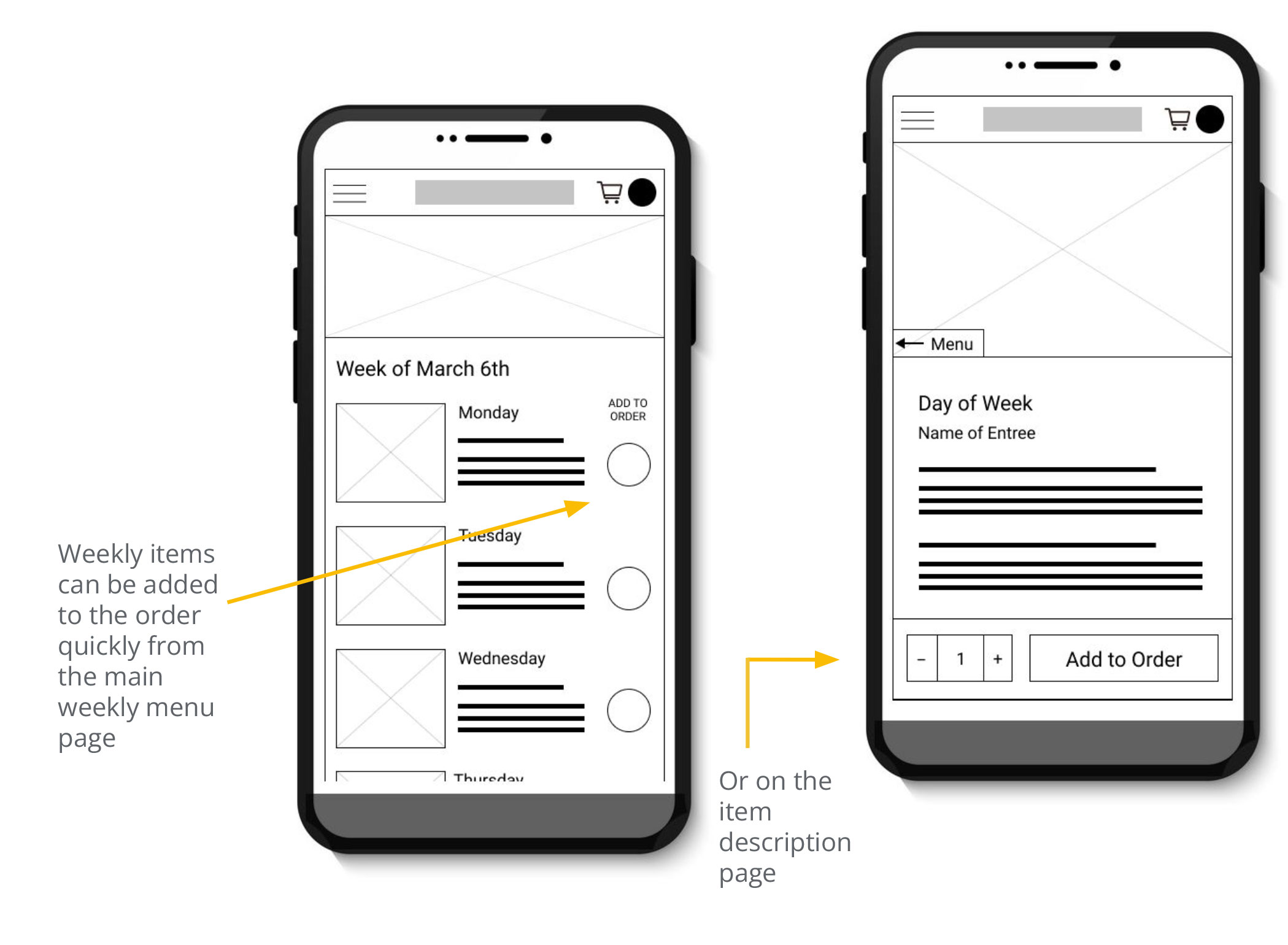 I conducted two rounds of usability testing. Findings from the first helped clarify the journey from wireframes to low-fidelity prototype, while round two helped refine the interaction with scheduling and introducing saved favorites for quick reordering.

Initial usability studies revealed that delivery time was unnecessarily complex. Because scheduling old deals with a week at a time, the interface could be simplified to only make the selected days visible with a time selector, reducing cognitive load. 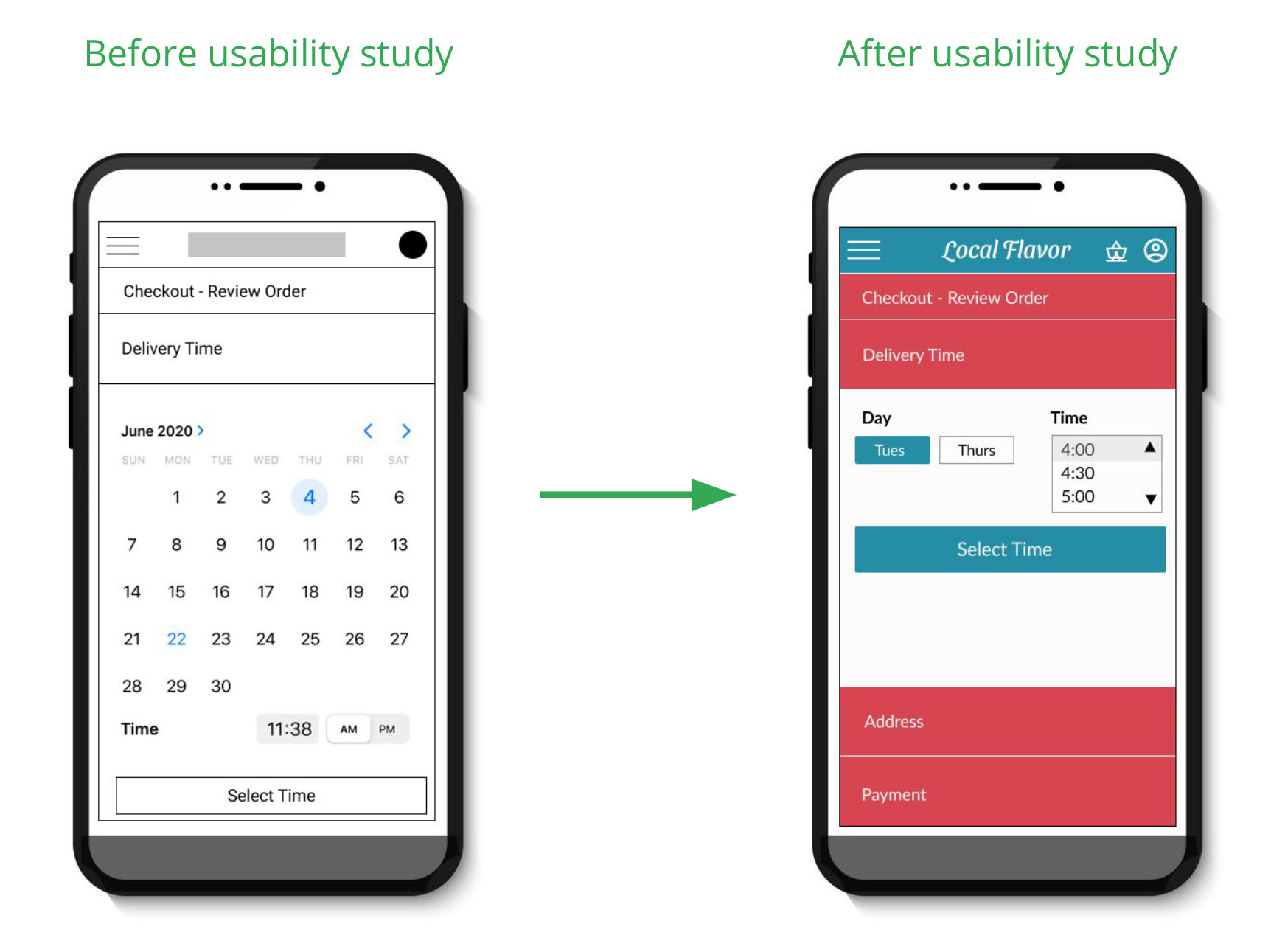 Another issue revealed during usability testing was that the “Continue Order” wording on the checkout page button was confusing to some users. This simple change helps clarify the all-important checkout process for users. 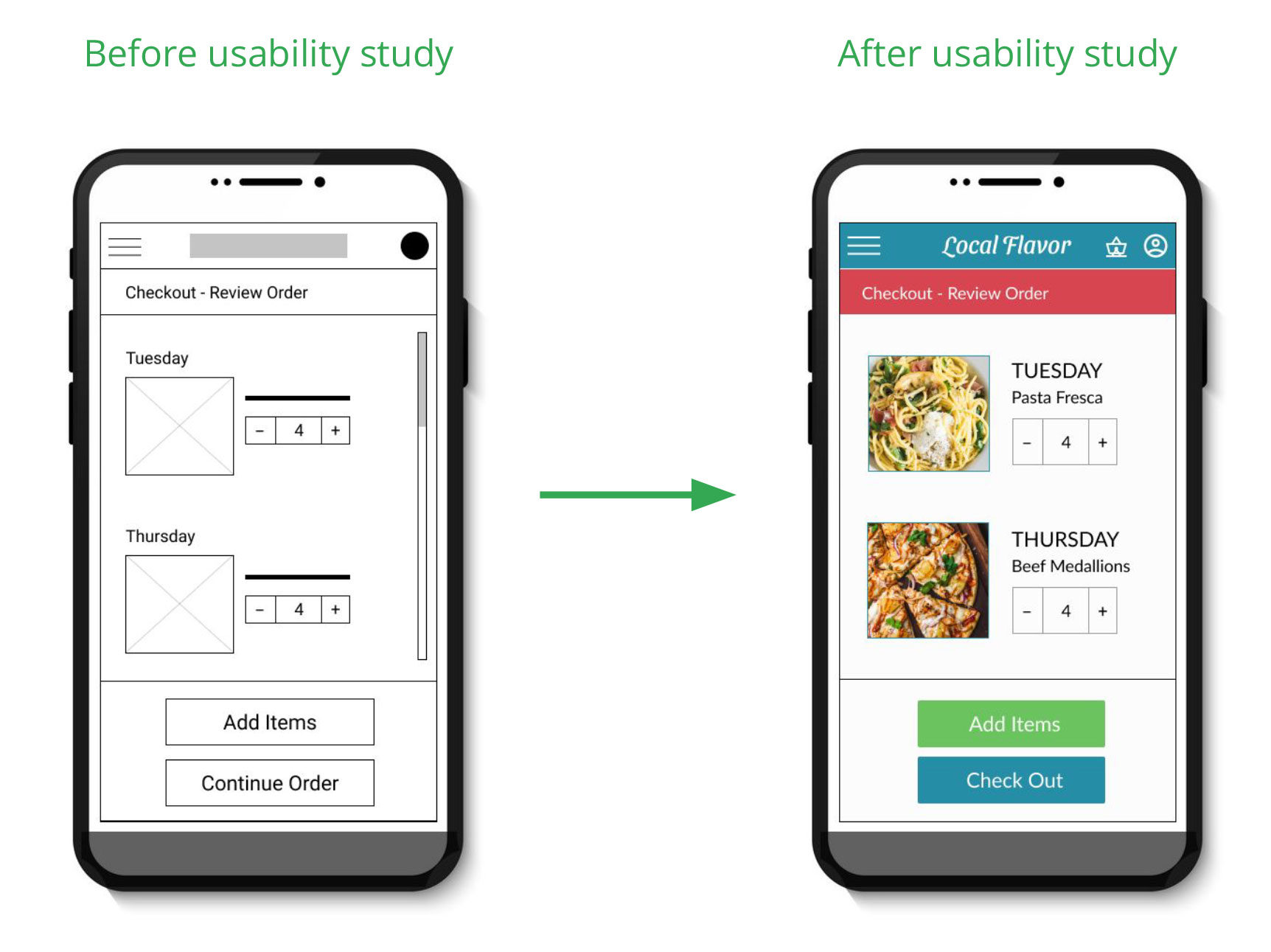 Variety delights. The ability to easily advance schedule delivery at small, local restaurants online would be valuable to busy users.

Using recognized language/conventions help ease cognitive load and should be used unless there is a compelling usability reason to deviate or reimagine. Simplification wherever possible can make a process feel seamless to users. Even one click can make a difference.